The linear channel version of BBC Three returns to Freeview, Freesat and Sky tonight. Freeview has had a small channel number shuffle so you might need to retune to find it. 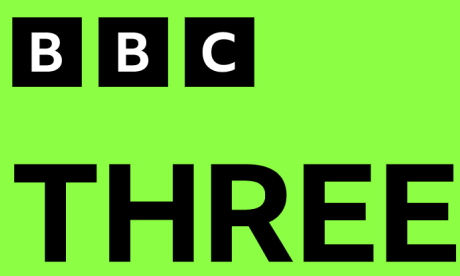 BBC Three, which has always been aviliable to watch in the UK 24-hours a day at https://www.bbc.co.uk/bbcthree is returning to the slot it vacated a while ago on Freeview.

So, in addition to the BBC iPlayer view of the channel  you will be able to see the channel on Freeview, Freesat and Sky.

See https://ukfree.tv/channels/all/Freeview  for the full list of changed channel numbers on Freeview/Youview.

Details about why this has been done can be found here...

Basically, the whole reason for getting rid of BBC Three was to replace it with BBC One+1 which got blocked, so the BBC has had this broadcast capactity sitting unused (in the daytime it's used for a BBC Children's channel).


All questions
[][][
In this section
Comments
J
JOHN MARTIN
sentiment_satisfiedSilver
2:29 PM
BBC is trying to cater for the younger audience who don,t watch tv especially BBC. But it is their parents or even grandparents who pay for the licence fee. One one of the programs I use to watch but has been changed for the worse. is question of sport. It has been on 40 or 50 years and has always been 2 teams of sports people of now and times gone by. But this series we have started having panelists who know nothing about sport and hosts who don,t either. Waste of licence fee money now. Finish it before it dies

JOHN MARTIN's 103 posts
Mark A
sentiment_satisfiedGold
6:27 PM
As BBC 3 has been off-air for a few years, I sure the viewing figers are now lower than before it was taken off air as most people are now used to watching other channels.
Now they want to take CBBC and BBC4 off air.
Perhaps it would have been better to keep BBC3 off-air as it has lost its viewers and keep CBBC, BBC4 and BBC News/BBC World on-air?
See; https://www.aol.co.uk/bbc…html

At present BBC3 timeshares it's transmission space with CBBC as it did before they took it off Freeview transmission and increased CBBC airtime by two hours which they reduced again to put BBC3 back on Freeview.
That AOL article is misleading because it doesn't contain all the facts, the BBC are proposing to have the channels on-line (iPlayer). See BBC to move CBBC and BBC Four online - BBC News

----For Emperor : Window Posters not yet available.


Some things ARE worse than others -
Even when, Very Bad.

Something about the Quality of infinities... is tapping away at the back of my head...and
NO .... it stops when I eat Chocolate.

Is there something intrinsically symmetrical abt. the BBC, such that it exhibits essential conserved 'features'?

Self Destruction, for example.